Okay, so the demands of doing a weekly X-Files podcast on top of a full-time job and dabbling in various other projects has meant I couldn’t keep up with this arbitrarily lists of my personal favorite episodes from each season of the show. But with the revival airing tomorrow (seriously, where did the time go?) I figured I’d better get my ass in gear and play catch up.

Since this post will unintentionally serve as some sort of master list, I’m going to restate here my favorite episodes from the first four seasons too, but As I’ve said several times over the course of the retrospective episodes of my podcast, Bad Blood is perhaps my favorite episode of the entire show. I’ve always loved how Vince Gilligan crafted such a hilariously funny episode from a relatively simple tale by having us be told the same story twice – from Scully’s perspective, and then from Mulder’s. The fact that the humor comes entirely from seeing how both leads see themselves and each other not only rewarded die hard fans but demonstrated Gilligan’s genius. Best episode ever. I think I’m on sure footing to say that this episode remains a favorite about most fans. Yes, it is often overshadowed by some seriously poor judgement by having the central character, The Great Mutato, be a serial rapist whose crimes are rewarded by front row tickets at a Cher concert… But if you ignore all that (and I urge you to try) it’s a classic episode with just the right balance of humor and whimsy that can’t help but make you smile. And let’s not forget the final image of Mulder and Scully dancing in glorious black and white – David Duchovny often said the final shot of the series could never the final shot of this episode. He was absolutely right. 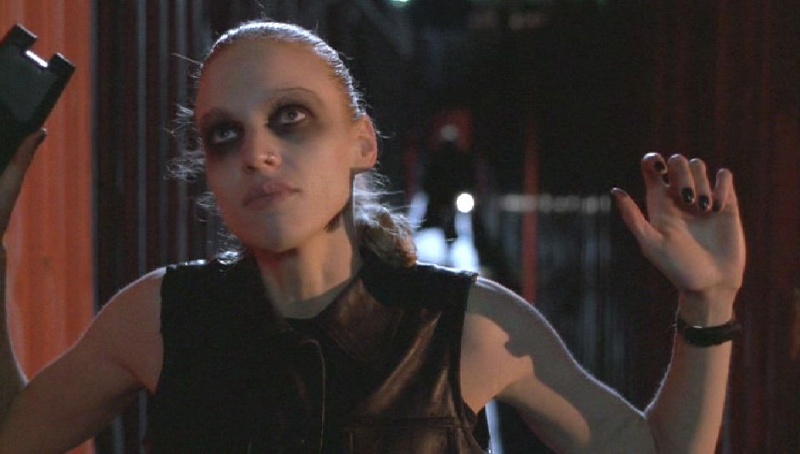 For fans of the show that eagerly devoured every interview with the show’s cast and crew, it quickly became a cliché to hear Chris Carter say that making The X-Files was like making a movie every week. The thing is, Kill Switch is a legitimate movie. It’s a blockbuster episode with an sky high concept, explosions, and is perhaps the slickest overall episode that the show ever produced. I just love this episode. It’s fantastic all around. Edge of your seat stuff on a canvas much bigger than you’d have any right to expect from a TV show in the late 90’s.

Drive was an instant favorite of mine even more I realized just how sickly sweet the rest of season six was. In retrospect, it stands alone as a solitary island of dusty drama in an ocean of eye-rolling comedy. Today, the video is most often referenced due to the fact it was the one that introduced future Breaking Bad creator Vince Gilligan to future Breaking Bad star Bryan Cranston – but the episode deserves much more credit than that. It’s both a tense and intense episode that sees Mulder stuck in a car with an angry redneck as he speeds across the country in an effort to save his life from some unknown force. VG kills it yet again.

Even after several months of chatting with the girls from Xfiles.news I am still not a shipper, but let’s not forget – this episode has so much more than that kiss to appreciate! A bizarre non-canonical novelty that, like Monday later in the season, is perhaps a precursor of latter seasons’ more fantastical episodes **cough**Aubrey Pauley**cough**. But let’s not tarnish Triangle with the show’s future mistakes. This was an incredibly ambitious episode which, let’s not forget, was only the third produced by the LA crew. Say what you like about Chris Carter written/directed standalones, this was an example of one where the huge risks paid off and then some.

How The Ghosts Stole Christmas

Like many philes, it was a tradition for me too watch this episode every Christmas Eve. And let’s face it, it is the perfect Christmas story you’d want from The X-Files: Mulder and Scully, a haunted house, ghosts picking holes in their psyches… What’s not to love? Twice this season, Chris hit for the fences and succeeded. It’s the perfect balance of touching humor and melancholy that really captures the spirit of what Christmas should be in The X-Files’ world. Plus it has the word “paramastubatory.” 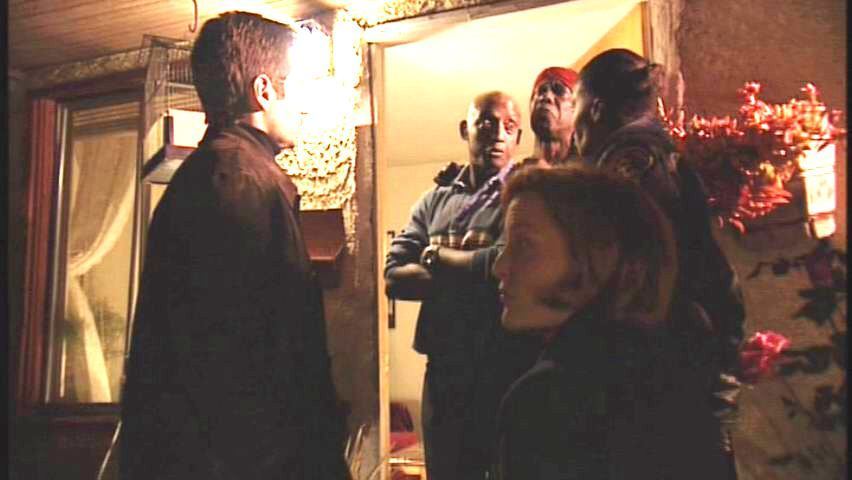 I can totally see how this could be a love it or hate it episode, but if you’re anything like me and loved Vince Gilligan’s previous comedic masterpiece, Bad Blood, then you’re more than likely going to love this one too. Once again, VG plays on our idea of who Mulder and Scully are, this time by transposing them to more of a real-world milieu courtesy of a crossover with reality show, Cops. Mulder channels a bit more of David Duchovny’s persona than we’d previously seen (particularly in the scene following Steve and Edy’s domestic spat) while Scully is immediately antagonistic to the idea of being on national television.

Just as season six had a dominant “sunshine and lollipops” vibe running through many of its episodes, so season seven had a sort of down-to-earth fantastical sort of tone. The Amazing Maleeni walked that narrow line particularly well, giving us a mash up of The Prestige and Ocean’s Eleven resulting in something we’d never seen before on The X-Files, well, two things actually: a magic story, and a heist story. Also: Ricky Jay!

Time for some controversy! This was never an episode I would consider that great, let alone a favorite… Let’s be honest, it got overshadowed by some of the more in-your-face zany episodes this season – but doing the rewatch I found I really enjoyed it – like really, really enjoyed it. Okay, so it might not be the greatest episode, but it definitely surprised me just how good it is and I think that other philes should go back and revisit it. There’s a lot of nice mirroring going on here (no pun intended) and it’s just altogether a very well-written episode.

Season eight was always destined to be a muddled and unbalanced season. We covered various likes and dislikes of that year extensively on the podcast. And while different fans of the show found different things resonated with them more than others, there was virtually unanimous agreement that this was that year’s best episode. It’s a down and dirty episode penned by – you guessed it – Vince Gilligan that sees Scully ditch her new partner, only for him to ride in and save the day when she is held prisoner by a cult of backroad crazies. Sure the ep isn’t perfect (the heavy handedness of Doggett once again saving the day being the most blatant) but it’s a damn good episode regardless. 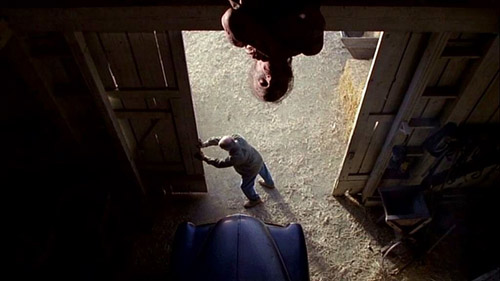 Weirdly for a Chris Carter standalone this one doesn’t have any special hook to it, there is no novelty here, it’s just a run of the mill, straightforward case. Well, as straightforward a case as you might expect from The X-Files at any rate! But I think that’s what I like about it. It’s just a decent, barebones, back-to-basics story that does exactly what it says on the tin. Sure, the desperation for the audience to like Doggett is obvious, but for a season eight episode, this an undemanding hour that’s fairly rewatchable.

Shamelessly ripping off Momento, this is a story which barely features Doggett (and Scully even less so) as we follow Martin Wells as every day he wakes up the day before. It’s a neat piece of timey wimey storytelling as Martin struggles to not only prove that he didn’t murder his wife – but also try to stop it before it happens. A great concept that is extremely well-written and executed. 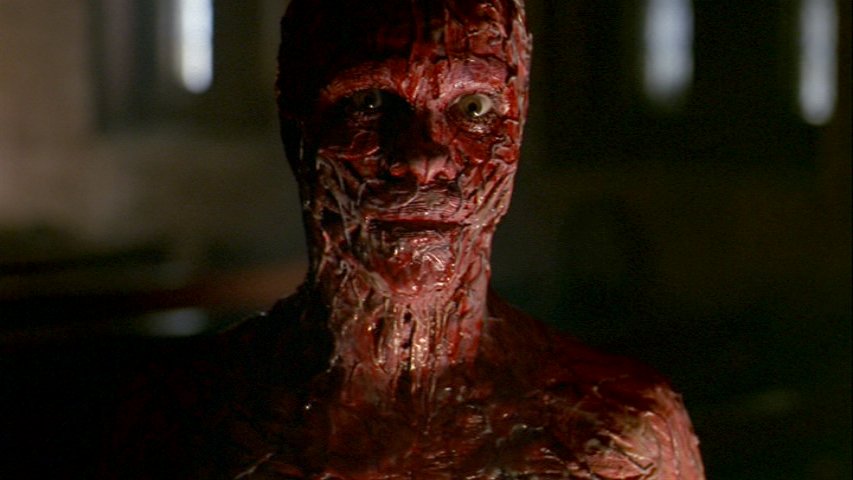 As I joked on the podcast, I have something for those episodes that deal with reincarnation. I guess there’s just something about those ideas presented both here and in The Field Where I Died that appeals to me. Here, we have a story which would not be out-of-place during the show’s golden years, albeit with a little Reyes-esque cosmic flavor (but at a low enough quantity that it’s easy to stomach.) Personally, I also think this is the best Reyes-centric story the show ever gave us, and has long been a highlight of season nine for me. Robert Patrick gets to shine in this Doggett-centric story written by Vince Gilligan and directed by Michelle MacLaren. It’s great work all round, resulting in a unique episode which is impactful on multiple fronts (visually, emotionally…) Just a damn good hour of TV.

John Shiban’s first episode as both the writer and director salvages the sagging middle of the season with a story that feels like it was ripped from the show’s heyday. There is a definite season five vibe about this episode which dips into Doggett’s history as an NYPD beat cop and actually gives Scully something legitimate to do since DNA evidence plays a crucial roll. Unfortunately, this is one of those standalone eps that most fans have probably forgotten, but I promise it’s worth it to go back and rewatch.

The first three are actually really close, as are seasons six and nine. Comment welcome below, lol!

Remember, the X-Philes Talk X-Files podcast will continue throughout the revival. Our next episode will drop next Friday, and will feature a discussion on the first two episodes of what some people are telling me is called season 10: My Struggle and Founder’s Mutation.