I took a vacation last week, so #Top3Tuesday did too.

I’m back, back, back, this week though – and since X-Philes Talk X-Files is now on to season three of the show, I figured I might as well do my top three episodes of season two. 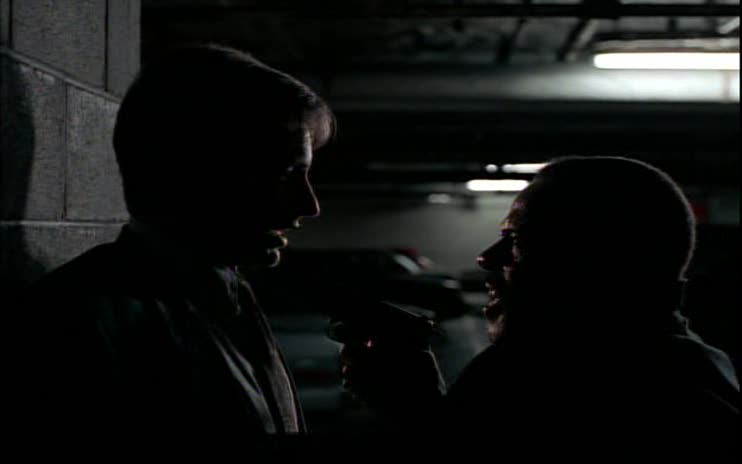 I have a problem. I constantly underestimate this episode, recalling only Scully lying in a hospital bed as her soul decides to “stay” or “move on.” But it is actually oh-so-much more.

I don’t know why I always forget how much more stuff goes on in this episode – or how many of my favorite moments from the entire history of show actually occur right here in this episode. There is just so much going – it is one of the best mythology episode, period. And it is the one that makes us all regret that Morgan and Wong didn’t have as key a role in the following seven seasons of the show, because they well and truly knocked it out of the park with this one. (So excited they’re both involved with the revival.)

The episode also contains some of the very best dialogue of the show, including one of my favorite Mulder quips:

MELISSA: Why is it so dark in here?

MULDER: Because the lights aren’t on.

It also contains perhaps my favorite speech of all 202 episodes and two movies so far, which is so incredibly wonderful it deserves to be included here in its entirety:

SKINNER: When I was eighteen, I, uh… I went to Vietnam. I wasn’t drafted, Mulder, I… I enlisted in the Marine Corps the day of my eighteenth birthday. I did it out of blind faith. I did it because I believed it was the right thing to do. I don’t know, maybe I still do. Three weeks into my tour, a ten-year-old North Vietnamese boy walked into camp covered with grenades and I, uh… I blew his head off from a distance of ten yards. I lost my faith. Not in my country or in myself, but in everything. There was just no point to anything anymore. One night on patrol, we were, uh… caught… and everyone… everyone fell. I mean, everyone. I looked down… at my body… from outside of it. I didn’t recognize it at first. I watched the V.C. strip my uniform, take my weapon and I remained… in this thick jungle… peaceful… unafraid… watching my… my dead friends. Watching myself. In the morning, the corpsmen arrived and put me in a bodybag until… I guess they found a pulse. I woke in a Saigon hospital two weeks later. I’m afraid to look any further beyond that experience. You? You are not. 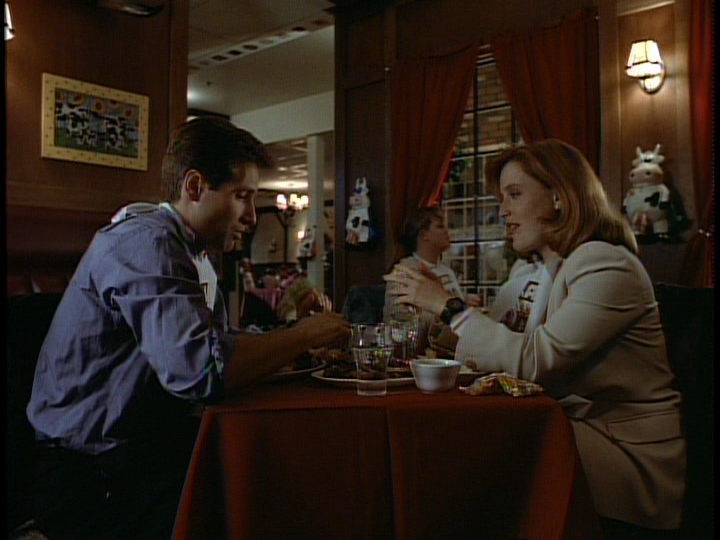 According to my co-hosts on the podcast, this episode is not a fan favorite, but I strongly disagree. It’s a weird hybrid episode that starts off seeming like it’s a serial killer/monster of the week story, but we soon learn there are elements of the government conspiracy at play here.

As with One Breath, there is just so much going on in this episode, and incredibly it does all tie together and make sense. I think most fans dislike the show because it contains the character of Crew-Cut Man (who killed Deep Throat) and that he dies without Mulder first getting any answers or sense of justice out of him. I don’t have a problem with how things play out at all; the fact that Mulder doesn’t get what he wants out of the situation is a reflection of pure, dumb, real-world bad luck that those of us not constantly paranoid about government conspiracies can relate to. Frankly, if any had been any other resolution to this particular storyline, it would have been harder to buy into.

Third spot on this list was a toughy. One Breath and Red Museum were no-brainers for me, but after that there’s a handful of episodes which I like more or less equally: Duane Barry, Die Hand Die Verletzt, The Calusari… But yet another mythology episode just took it.

Whereas the Duane Barry trilogy of episodes took the alien mythology and made it personal through Scully’s abduction, Colony took it one massive step further by making it part of the pre-history of the show. We already knew that Mulder’s sister, Samantha, was abducted as a child, but when she apparently turns up out of the blue as an adult, it adds a whole new dimension to the ongoing storyline. Let’s not forget – this is also the episode that introduced the shapeshifting alien bounty hunter, as well as the one where Scully finds herself surrounded by several clones.

Auteurship and the Tentpole Movie

How The X-Files Taught me to Dare to Dream