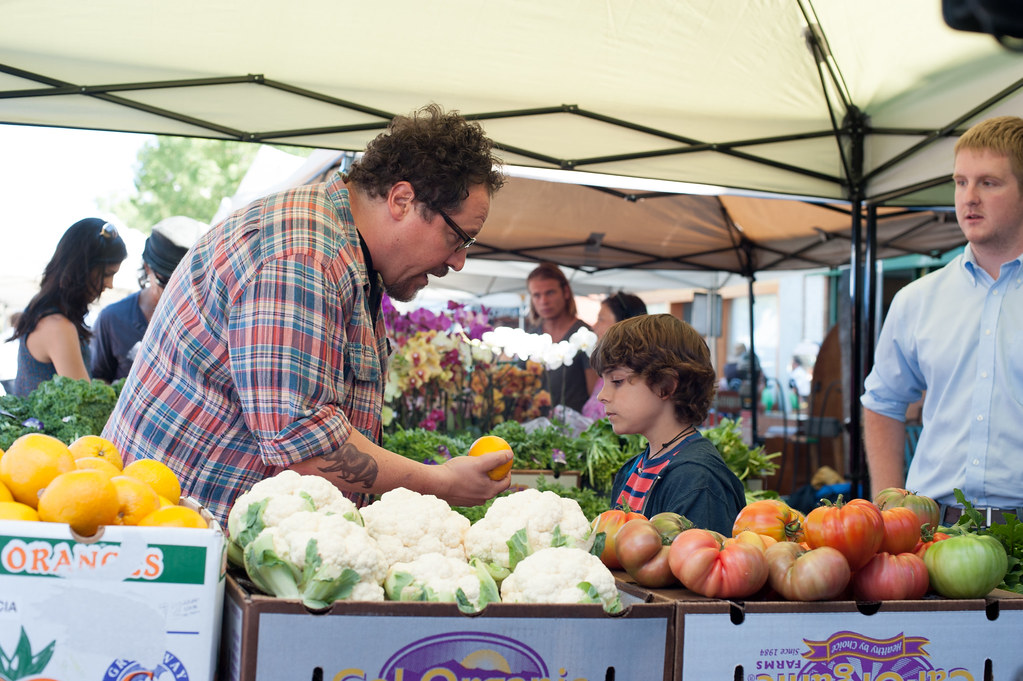 Chef tells the story of a successful but stuck-in-a-rut restaurant chef who lets his ego get the better of him following a nasty critic review. Like a phoenix from the flames, however, he rises above it, opens his own food truck, and reconnects with his family.

It sounds like a feel-good film about a guy who leaves behind an unfulfilling job in order to rediscover his passion. Unfortunately, while it does contain some aspects of this premise, the film falls far short.

Jon Favreau wrote, directed, and stars in this film. This turns out to be a problem.

Although his character (Carl) is certainly not without fault, the film conspires to avoid him shouldering the entirety of the blame for his problems – even though his actions are what mostly caused them. There is always a scapegoat for the audience to redirect their dislike of Carl towards – not least of which is his oppressive boss at the start of the film.

It is ironic that I am so critical of a film in which negative criticism plays such a crucial role as a narrative catalyst, but the truth is there is plenty here to be critical of.

Much has already been made of how the film is a thinly-veiled reaction to criticism of Favreau’s poorly-received Iron Man 2, thus him wanting to make a smaller, more personal, indie film. Yet he gives himself too much rope here.

What should have been a breezy 90 minute life-affirming movie, is instead a two-hour self-indulgent rant that feels longer than it actually is.

I wanted – and expected – to really enjoy this film. But there is just too much fat that needs to be trimmed.

Creative autonomy is a wonderful thing – but so is restraint.

Buy Chef at Amazon or iTunes.