Inside Llewyn Davis: A Modern Vintage 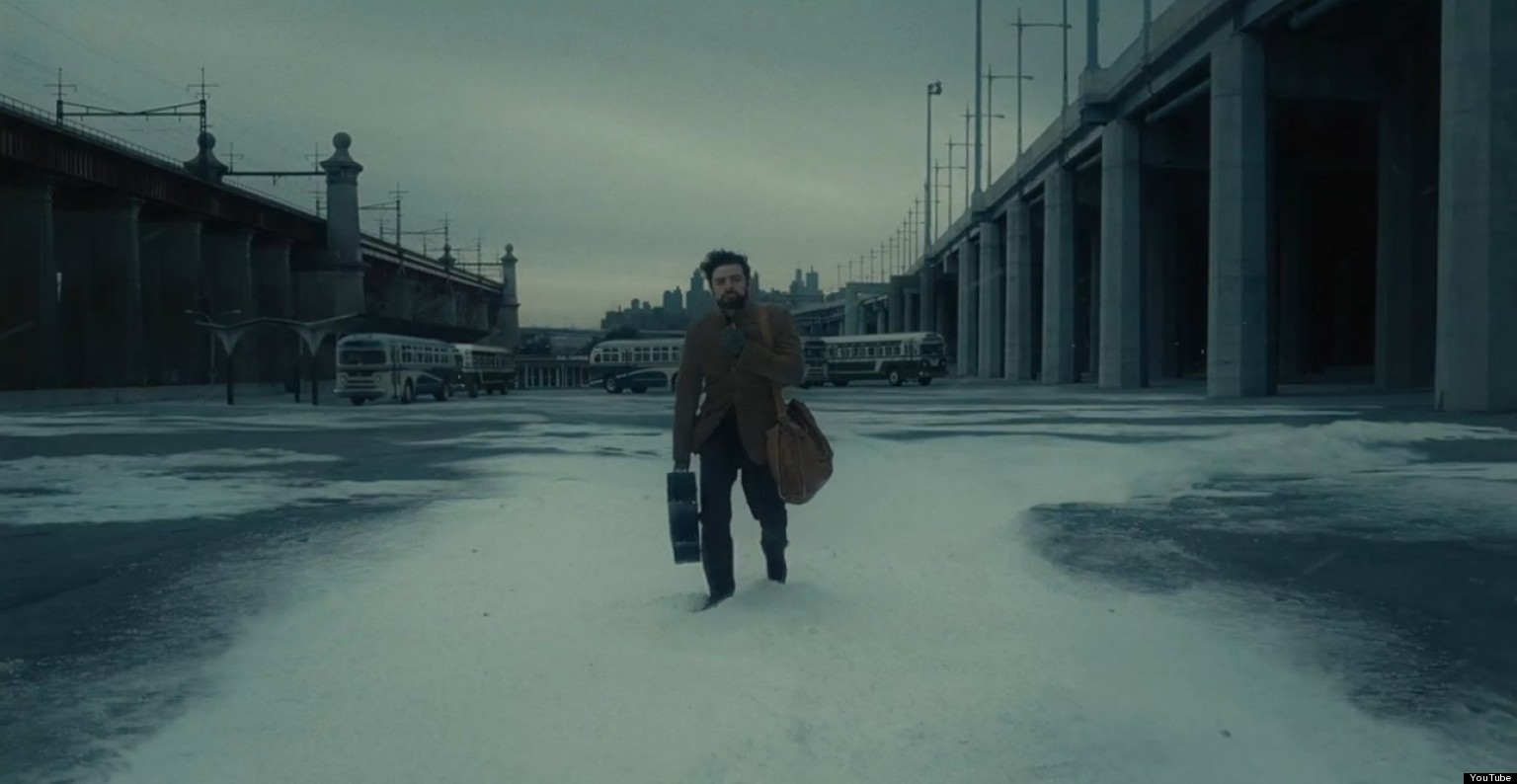 The Coens have always been obsessed with circles. They have been a recurring motif throughout their many films: the rolling hat in Miller’s Crossing, the hula hoop in The Hudsucker Proxy, the car’s wheel in The Man Who Wasn’t There…

This time around, it is present in the same-as-it-ever-was cyclical nature of the story that unfolds – the closing scenes unfolding almost identically to those that opened the piece. Details change, but everything is essentially the same. It’s like a grief-stricken Groundhog Day Llewyn is doomed to repeat ad nauseam.

Llewyn Davis is a struggling folk singer in 1961 Greenwich Village. Following the death of his musical partner, he tries and repeatedly fails to establish himself as a bankable solo act. Instead, he depends on the kindness of friends, acquaintances, and virtual strangers who happen to have an empty couch where he can crash for a night or two. He takes actions, tries to accomplish something, but ultimately never advances.

It has been said that Inside Llewyn Davis is a sibling film to the Coens’ previous musical effort, O Brother, Where Art Thou? In both cases, the soundtrack is perfect accompaniment which could surely have a life of its own apart from the film. But the comparisons don’t end there.

O Brother was for all intents and purposes a depression-era adaptation of The Odyssey. Llewyn Davis also has echos of that epic quest: Llewyn makes a trip to Chicago hoping to achieve his ultimate goal; one of his companions on the journey is named Ulysses. But whereas Everett (the central character in O Brother) had a clear goal of what he wanted to accomplish and how to do so, Llewyn has no real plan. Musical success was an unintended bi-product of Everett’s odyssey, yet it is the goal of Llewyn’s – but though music dominates his life, any chance of success seems nothing more than a pipe dream.

Inside Llewyn Davis is a film of contrasts. Even the dark and depressing nature of Llewyn’s life and the personal demons he carries about within him are in stark contrast to the brightness that fills every frame – not least the snowy landscapes which seem so thrillingly fresh even as the chilling temperatures depicted freeze and bite the characters that inhabit them. And despite the fact it is a period piece shot with exquisite faded-photograph cinematography, it feels vibrantly alive and youthful. A modern vintage. No doubt this is in largely to the credit of the young cast, including Carey Mulligan and Justin Timberlake – both of whom ooze with an energy and likeability which is in intentionally missing from Oscar Isaac’s depressed stoicism as Llewyn.

To be sure, this is not a film that everyone will enjoy, but I loved it. As a fan of the Coens’ formative work, I felt their output has declined from Intolerable Cruelty onwards, despite both the critical and mainstream success they have enjoyed since. Inside Llewyn Davis hopefully marks the start of a new chapter in their career which, much like the cyclical framing of its story, will be a return to the beginning for the Coens when they were – at least in my mind – at their most original and best.